Apple's iPhone SE, also known as Apple SE, iPhone SE 2020 or iPhone SE 2, was one of the most anticipated models by users. It is the cheapest phone of the brand, but with features that have kept it at the forefront. Do you want to get one at an incredible price? In ShopDutyFree you have it available at a reduced price.

After stopping including chargers and headphones in the boxes of the new iPhone 12. All the rumors indicate that Apple will stop including these same accessories in the boxes of the new iPhone SE2 , as happened with the Apple Watch SE and Watch Series 6. This decision has left consumers in suspense, since the decision does nothing more than be part of the company's new approaches in trying to reduce the impact on the environment. Apple is a carbon-neutral company that has set out to achieve zero climate impact by 2030. That is why the company has recently focused on making 100% of its devices carbon-free . Decision that involves from the extraction of materials, the manufacture of components, use by the client, and even the recycling and recovery of materials. Despite the fact that the iPhone SE2 was released in March of last year. Everything indicates that the new models that are about to hit the market will adopt this same premise of not having accessories such as the charger or the headset .

No iPhone will have headphones or a charger

After we witnessed the release of the company's new model, the iPhone 12 and all its versions, and saw how it no longer had USB-C cables, adapters, or headphones. This was only a portent for what is possibly an imminent end . And it is that according to new rumors they indicate that not only models such as the iPhone SE2, but also others such as the iPhone SE, XR and 11, will no longer have these accessories in their boxes . We have seen how the boxes of the new 12 series were much smaller, as they adapted to the absence of the two aforementioned accessories. With this, according to statements by the company itself, they will be able to send up to 70% more boxes of devices, which will be a substantial improvement from the point of view of optimization.

Is it true that the iPhone SE2 will no longer have a charger or headphones?

Everything indicates that Apple users will have to get used to the new direction that the company is taking. Many have been the analysts and specialists of the same company who have expressed that this decision will soon become a reality in all Apple devices . Which makes us think that this is already more than a fact. These strategies are backed by a history of similar actions as the withdrawal of the user manuals was at the time. This according to them, to motivate environmental measures. But the reality is that no other decision has affected users so much , such as the withdrawal of the charger and headphones. Provision that, as we see, will begin to affect models such as the iPhone SE2. 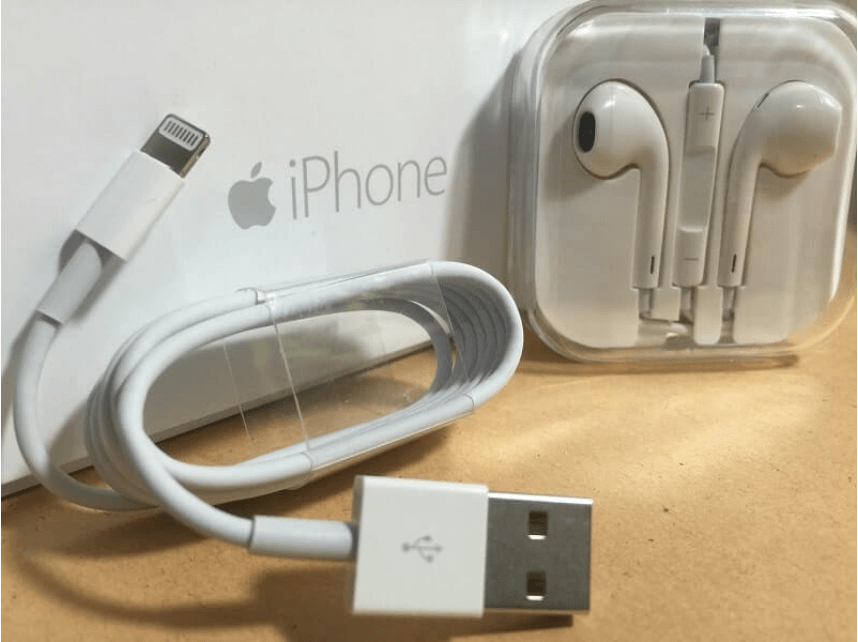 Why is Apple no longer including chargers and headphones in the iPhone SE2?

Since the making of this decision was known at the time the iPhone 12 was launched on the market, the rumors regarding the true motives of the company were immediate. While some highlighted the " friendly work " that the company was adopting with the environment. Others see it as a forced cost reduction by the company. Theory that gains strength if we take into account the introduction of support for 5G networks . What has made smartphones considerably raise their manufacturing cost. This explanation suggests that the box of devices such as the iPhone SE2 does not contain anything additional . This would come to compensate a little for the considerable expense made in the device components.

Will the value of the iPhone SE2 decrease by this action?

Apple exposed a series of causes with a view to giving an explanation for the elimination of these accessories. One of them is that there are millions of adapters and headphones on the planet, so they wanted to make the decision to collaborate with the environment . Another point is that as the boxes are much smaller, this will allow them to transport a greater number of devices. The iPhone SE2 is just another product that joins the list of Apple devices that come without a charging adapter. It should be clarified that this is not only a measure that Apple has adopted. Well, in recent years, we have been able to observe how other electronics companies have decided to dispense with the inclusion of accessories in the boxes of their devices, explaining that they do so for different reasons. One thing must be clear, and that is that the price of previous Apple devices has actually decreased. But, this is something understandable and logical with the release of new models on the market. Therefore, we could assume that the decrease in the cost of the models was not caused by the elimination of iPhone accessories . In new models like iPhone SE2 it is a bit more complicated to determine. More so when you take into account that improvements have been added to the camera, connectivity and more memory, and despite this the device is still at a very similar price compared to its predecessor model. This leads us to the conclusion that Apple took into account the factor of the elimination of accessories , to maintain the price of the devices. 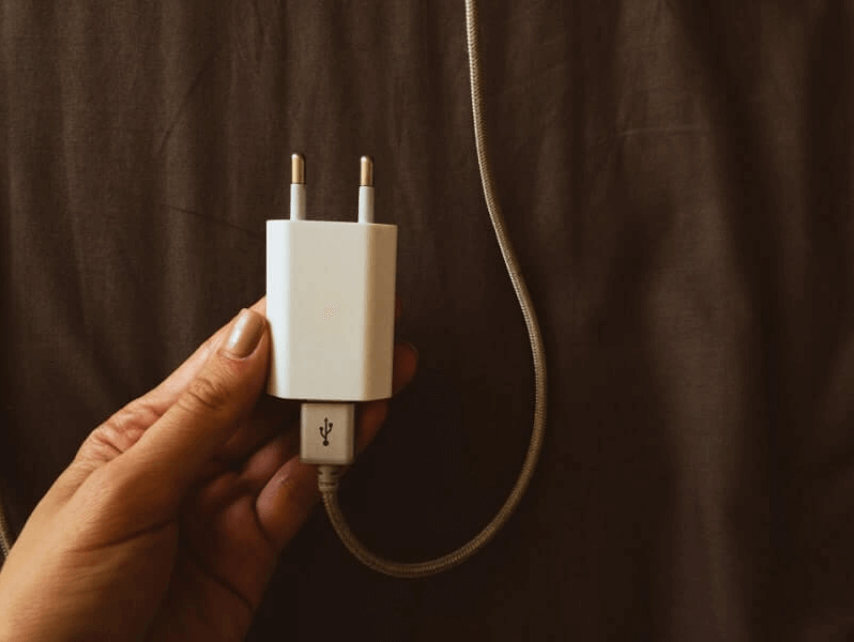 Now that you are aware that Apple will stop including the charging adapter and headphones in the new iPhone SE2 models. It is time to know what are the features that this smartphone has. iPhone users have been asking for a new version of the SE for quite some time now. This device has a much smaller screen , different from what we are used to seeing recently, which are devices with infinite screens. Of course, this makes the phone much cheaper, and it is also characterized by more vivid design finishes. Many have cataloged this model as a hybrid between the iPhone 8 and the iPhone 11 , but with a price that is difficult to match. Depending on the basic specifications you choose, you can find this smartphone at different prices. But what you can be sure of is that it will be a much cheaper model than an iPhone 12, and even an 11.

Screen with a classic design

There will be those who find the iPhone SE2 screen somewhat small. However, there are still many users who prefer this type of screen , the same ones that they have already been able to manipulate in the original iPhone SE and in the iPhone 8. Its design brings us back to the classic SE with hard glass and aluminum finishes. In a range of 3 colors that are red, white and black , and it should be noted that this model is resistant to both dust and water. Its preliminary tests show that it can withstand a fall from a meter away, and resist for 30 seconds submerged in water without anything happening to it. When we talk about classic design, we are not only referring to a small screen. But also Apple has decided to incorporate the classic home button back into the iPhone SE2. On this occasion, the button is made of sapphire crystal with a steel ring, capable of recognizing your fingerprint thanks to Touch ID technology.

The iPhone SE2 incorporates an A13 Bionic chip, which we first saw in the iPhone 11 . This is a small processor that has not been surpassed by Qualcomm's Snapdragon 865. Furthermore, the company has claimed that this chip is great for photography, gaming and offers flawless performance of the phone. As usual, Apple does not usually offer the configuration of its RAM memories, but taking into account that higher models such as the iPhone 11 have 4 GB of RAM. We can assume that the iPhone SE2 has 3 GB . There is also no data on the amperage of its battery, but because it is similar to the iPhone 8, we can assume that it follows the same line of 2000 mAh. This is a little more assured since the company itself has indicated that its autonomy is the same with respect to the iPhone 8 .

Like the iPhone 8 or iPhone XR, the iPhone SE2 has a single camera . It is a 12 MP sensor that has Apple's Smart HDR technology that improves the dynamic range of images. It has a lens aperture of f / 1.8 , digital zoom that up to x5 and can take photos in portrait mode, just like we already had in the iPhone XR. Specifically, portrait mode has up to 6 effects, and it should be noted that the camera has optical image stabilization and slow-sync True Tone LED flash.

Features it shares with the iPhone 8

Below, we'll let you know more specifically which features the iPhone SE2 shares with the iPhone 8.

The iPhone SE2 is not only satisfied with matching the iPhone 8, but has also surpassed it in certain aspects such as:

What it lacks compared to the iPhone 11 Pro

As we have already been mentioning, this smartphone turns out to be a hybrid between the iPhone 8 and the iPhone 11. This is what the SE2 lacks compared to the 11 Pro version: 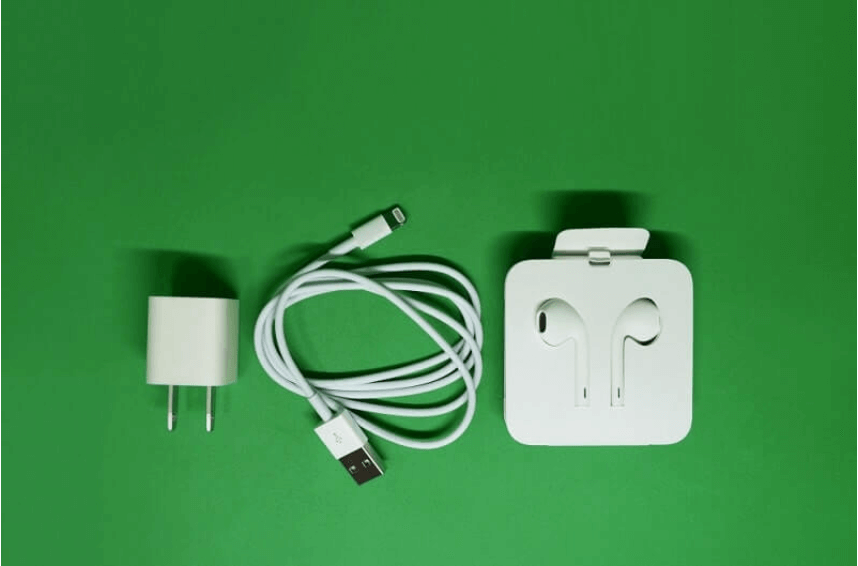 So what can we expect?

The removal of chargers and headphones from the iPhone SE2 boxes has undoubtedly caused a stir and has become a source of debate . This is not for less, since new users will have to make an additional payment to acquire these accessories. But this is not the end of the world and despite these absences, as we have already seen, the new iPhone SE2 is a very sustainable model that may be available to a wider range of people . This is because its price is much lower compared to other smartphones, such as the IPhone 11 and 12. Beyond saving millions of dollars, Apple will start to make more profit. Well, although the cost of acquiring the missing components does not represent an investment of more than 15 dollars. This figure would have to be multiplied by the 200 million iPhones that Apple sells a year , and that from now on will begin to lack its accessories. So now you know. You should not be surprised if when you buy your new iPhone SE2, you find that it does not have the usual accessories. Better, reserve some budget so that you can obtain them by other means.