Previously this model was the iPad Pro 10.5, but it was replaced by the iPad Air 3 which has an incomparable resolution and processor, and we also have special offers right now. Take a look!

The new iPad Air was designed to become a benchmark for the company's iPad models. Its great and successful changes make it much more advanced, modern and versatile than all its predecessors. From its image to its processor, they have been renewed to end up being one of the most aesthetic and high-end designs on the market. The iPad Air, unlike other Apple products, takes a few years to morph from one generation to the next , but when it does, the changes are so staggering that it easily cements itself as one of the company's most prominent products. On this occasion the company has launched its fifth generation of iPad , much more modern. A new size, a better camera, a faster processor, different colors and the elimination of the old control button are the main changes that the Apple team has undergone. But, if you want to know more about the new iPad Air, be sure to read this entire post so you can get to know it.

What are the most notable changes to the iPad Air?

The iPad Air has changed almost completely, from the inside out it has become a much more advanced and aesthetically beautiful device . Apple's new design is the combination of the best of the iPad Pro with the best of the iPhone 12 at a much more modest price than its benchmarks. We can consider its most striking change the absence of the home button, this instead was modified by the advanced Touch ID technology that has been integrated into the same button to turn the equipment off and on. By removing this button, the screen has come to occupy the entire surface of the iPad Air, and its size was changed from 10.5 inches to 10.9 inches with a higher resolution and greater definition. Likewise, the entire exterior design of the new iPad Air looks more modern, stylish and elegant. It looks very similar to the iPad Pro and the iPhone 12 , leaving behind the robust design that characterized it. It has more polished, subtle and slightly rounded finishes. Apple's color palette has been extended to its iPod Air as well, now featuring eye-catching colors like sky blue, green, and rose gold in addition to the classic black, white, and gray . But in addition to its image similar to the iPhone 12, it also shares another very important feature with the brand's new mobile, and this is that the iPod Air has an A14 Bionic Chip , which optimizes more than half of its functionalities. The A14 Bionic Chip allows information processing to increase by approximately 40% , that is, it goes much faster than any of the old models. Likewise, it assumes a 30% better management of graphics and images and up to 10 times more support for the development of machine learning tasks. But as if that were not enough, even the new iPad Air model brings a better camera for all those professionals who use Apple products to create content, which is perfectly understandable given the quality and capacity of all its models. Its rear camera has evolved and now has 12MP, unlike the previous model that had only 8MP. It also has a higher aperture level that absorbs light better for a sharper and better quality shot . But that's not all, the camcorder quality has also been ultra-optimized from 1080p to 4K quality. Like other high-end equipment such as Macbooks or iPad Pros , the new iPad Air has a UCB-C connector to access external cameras, video game controllers, monitors, Smart TVs or any other accessory such as the Apple Pencil. 2 and the Magic Keyboard. 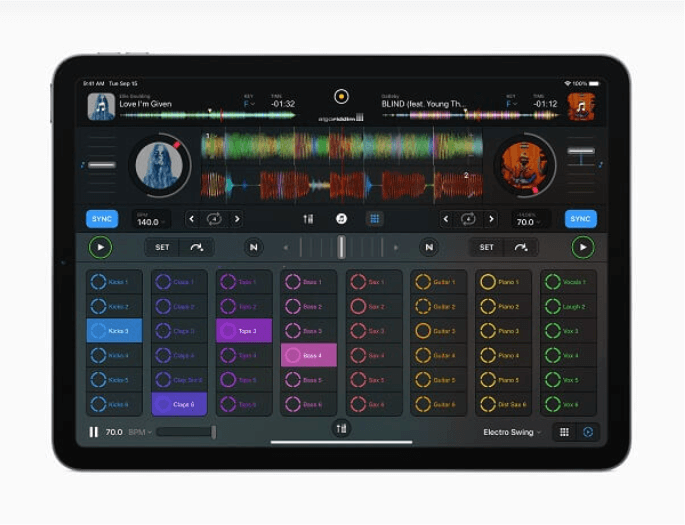 iPad Air and its new image

The fifth generation of iPad has had a major makeover, its aesthetics have now become more stylized and slender than all the previous ones, its full screen protected by a liquid retina shines like solid and solid glass. Its finishes are more exact with rounded and firm edges. A sleek, slim, and lightweight all-box frame is available in space gray, black, rose or silver gold, light green, and sky blue. This great change of image has been one of the most relevant aspects of the new design, the old and austere model has been replaced by a striking and colorful design.

If you are an expert in evaluating the most precise characteristics of Apple equipment, here we leave you the main well-detailed features of the company's new tablet.

The iPad Air has a weight of 469 grams (much lighter than its predecessors). It has a thickness of 7 mm, a height of 169 mm and a diameter of 240 mm wide. Thanks to its dimensions, it has been classified as a comfortable and more practical equipment.

As mentioned, the screen increased in size, measuring 10.9”, its resolution increased thanks to the adaptation of more pixels to 2048 x 1536 . In addition, it is covered with an oleophobic layer that protects it from bumps and scratches, making it more compact and safe.

Being one of the newest models released by Apple, its new iPad Air runs on the iOS7 operating system , the same one it shares with iPad Pro and iPhone 12. It has many pre-installed apps of the company's own which are worth mentioning the app. I life.

Apple has expanded the memory of the iPad Air by installing 1GB and 128GB RAM for internal storage of files and applications as well as data in general, so there is more space than in previous models for videos, photos, documents, programs, etc. etc. However the device still cannot use microSD. The new Apple model has a 1.3 GHz speed processor, extremely fast and characteristic of high-end equipment.

The front camera increased its resolution to 7MP , has LED flash, geolocation, panoramic, face recognition and HDR. Its video quality is 1080p with HD quality for a much clearer FaceTime experience. The rear camera has 12MP and 4K video quality. It has Focus Pixels flash, smile recognition, easy recognition, geolocation and presents a cleaner and wider shot.

The iPad Air has a powerful battery with a maximum capacity of 8600mAh . According to the company's records, it has an estimated duration of 10 hours in storage , which means at least 24 hours or more without using the internet. The battery of the equipment is not replaceable since it is not a removable model, so it cannot be replaced if it is damaged or affected in any way.

Apple has kept many of the technical details of its old models, for example bluetooth 4.0, Wi-Fi 802.11 a/b/g/n , Lightning USB connector, its SIM card model is nano size, it does not accept dual SIM and lift 2G and 3G data are sensitive and low slings. In Spain it is not yet compatible with 4G coverage. 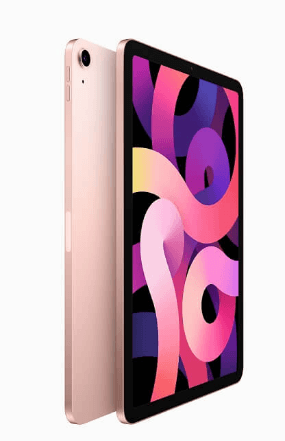 What is the most popular opinion of users who already use the iPad Air?

The new Apple model has had nothing but praise and recognition. All users have been delighted with the new design of the equipment and classify it as a practical model, more industrial and with a better image. The most popular opinion, however, is not directed at its image but at its quality, defining it as an excellent alternative in terms of price/quality ratio . It is a high-end equipment, very advanced and with a very affordable price, so people point out the product as an excellent acquisition. Another praised aspect of the team is the speed of its functions , the new owners of the iPad Air point out that compared to the predecessors it is a newer team and that it runs all the applications quickly.

How much does the new iPad Air cost?

To everyone's surprise, the new iPad Air continues to have the same price as its previous model. Now, for what the old iPad Air cost a few months ago, you can get the new generation with much more capacity, power, and quality. The standard price of the iPad Air varies depending on the amount of RAM card memory, 64 GB or 256 GB, being able to find the best offers and prices of both versions in Shopdutyfree.

What can you do on iPad Air?

Sure you have an idea of all the functions of the new iPad Air, but frankly you have never considered one by one all the options that the team offers to work, entertain and stay close to your loved ones. For this reason, we leave you here some of the many things you can do with your new Apple model. All the technological advances that the iPad Air has undergone make it a perfect tool for designers, content creators and all professionals who need a wireless accessory with all the functionalities of a computer. Thanks to the speed with which the A14 Bionic Chip works, you can edit your videos with excellent quality , which the rear camera allows you to record in 4K quality. Also the power of the chip allows you to create images, music, edit photos, design and much more. If you use the Apple Pencil you can make amazing drawings and illustrations. Another great function that you can grant to your iPad Air is to facilitate the learning process , it is much easier to study from your Apple tablet thanks to the optimization of its graphics and images that make the course more dynamic and educational. Although if what you are looking for is entertainment, there is nothing like the iPad Air, its huge screen and excellent resolution make it a perfect tool to enjoy a movie , its vivid colors and its sound connected to stereo speakers make the experience more real, just the same. mode works for video games. Finally, staying connected with your loved ones is one of the best things you can do with the new iPad Air, talk anytime over FaceTime in amazing picture quality.

Where to buy the iPad Air?

If you are in Spain and you want to acquire the new equipment that Apple has on the market, do not hesitate to consult Shopdutyfree . You will find the most accessible prices and all the necessary advice to make an easy and profitable purchase. With the best guarantee and at the best prices. 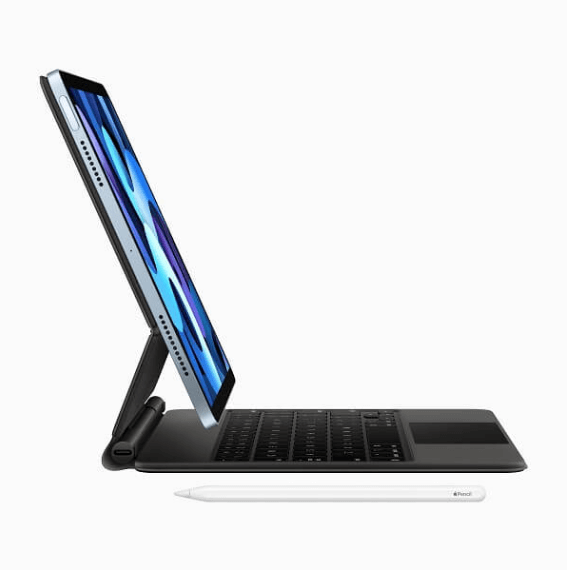 There is no doubt that Apple reinvents its equipment creating increasingly impressive models, this time the fifth generation of iPad with its iPad Air model presents a lighter design, with better finishes and technical adjustments that make it even faster and more agile. than its previous models. But the most incredible thing about the team is that the iPad Air is available for the same price as its predecessor , accessible and available so that you have in your hands a million opportunities to entertain yourself and have fun with its functions.