Watch movies in 4k quality with your new Apple TV at the best price. The best movies and series in 4k HDR resolution at a much cheaper price thanks to our offer on Apple TV.

Sort by:
Best sellers Relevance Name, A to Z Name, Z to A Price, low to high Price, high to low
Showing 1-2 of 2 item(s)

Apple intends to close the year with a flourish, and rumors suggest that the new model of its Apple TV TV box will soon be on the market . The first model was launched in 2017 and was one of the most innovative products requested by the followers of the brand, however, reforms and updates are expected. Everything seems to indicate after the launch of its Apple TV+ platform that a new Apple TV model would soon be available, with more renovations than improvements because the product had already been listed as one of the company's best, a high-end TV box capable of to accomplish a wide variety of tasks. Some of the most flattered are those of working as a multimedia player with stereo-type sound, a more comfortable extension to use the platforms available on all iOS and macOS devices and even as a video game console, for which it had an impressive definition of 4K. This incredible Apple device is ideal for enjoying all the content from applications such as Netflix , Amazon Prime Video, HBO and ESPN. Sharing a movie with family or a series with friends has never been so much fun! Completely change the way you watch TV with the new Apple TV. However, although everyone is waiting for the renewal of this incredible equipment, many also fear that it will be a discontinued line due to the fact that many other products share its name and it is a bit confusing for the stores, or, at best, that it becomes a team that completely changes its image.

When will the new Apple TV 2020 be released?

Well, we are talking about tentative dates , no one has confirmed the information as we have said before, however, based on the company's launch history with respect to previous generations, we have some reference data that we want to share with you. The sixth generation of Apple TV, which is what we are looking forward to, could be released in the last quarter of 2020 . Why? well, as we said, we use the old ones we launched as a reference point. For example, the first generation of Apple TV was launched in January 2007. While the second generation was launched in September 2010, the third was launched in March 2012, the fourth during the month of October of the year 2015 and finally the last generation that was the fifth was launched in the month of September of the year 2017. All the launches were separated by 1 or 4 years , it was a period that varied from model to model. However, this seems like a good year to launch a TV box with the confinement and high use of platforms such as Amazon Prime Video, so it is expected that we will be able to get the new generation before the end of the year. 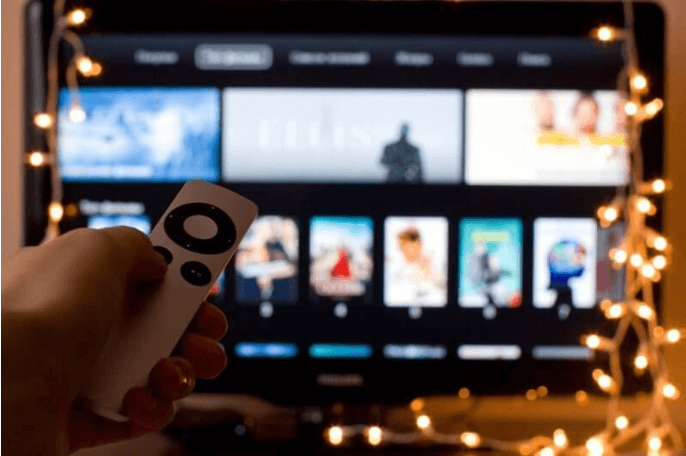 Who points to the launch of the new Apple TV?

When we speak of “rumors” they are not simple speculations, but of companies and representatives of the brand that have somehow made known the probabilities of the future launch of the new product. We must not forget how many devices Apple has renewed and launched so far this year. The first suspicion arose in a portal called 9to5Mac , which explained that beta tests of files to download TvOS 13.4 appeared in February, which seemed to be hardware with the name "T1125". Coincidence? We are speaking according to the evidence of the month of November. Likewise, Bloomberg assures the launch for this new team after one of its collaborators announced it through a live video that was made during the month of April on Periscope. Jon Prosser , one of the main informers of all the premieres and launches of the Apple company, made the same suggestion during the month of May through his personal Twitter account. However, the later dates of the different company events did not take place for the inauguration of the new TV box since they all focused on Apple Watch, iPad and iPhone 12 . There are still a couple of weeks left! Let's cross our fingers to receive it before 2020 leaves or in any case let's wait for it for the first quarter of 2021.

What will be new in the sixth generation of Apple TV?

Obviously, if the company intends to renew its excellent Apple TV model, it is to integrate functions that the equipment does not yet have or simply to enhance those it already has. So let's see which are the most talked about.

Based on the fact that the AirPods have also undergone renovations in their compatibility with Siri, integrating this command in the last generation, and that they already maintain the option to link with Apple TV, it is expected that the help of Apple's Siri can now be activated. Tv via wireless headphones. An excellent option without a doubt, because now you will not only be able to stop or resume playback, but also have a more comprehensive assistant to satisfy your desires to change applications, search for specific files, increase and decrease volume, etc.

HomePod stereo speaker , which already fulfills the task of being able to connect to Apple TV and amplify its sound much more, however, the great followers of the brand demand that the functions also be integrated. from Siri from HomePod to Apple TV for greater autonomy. 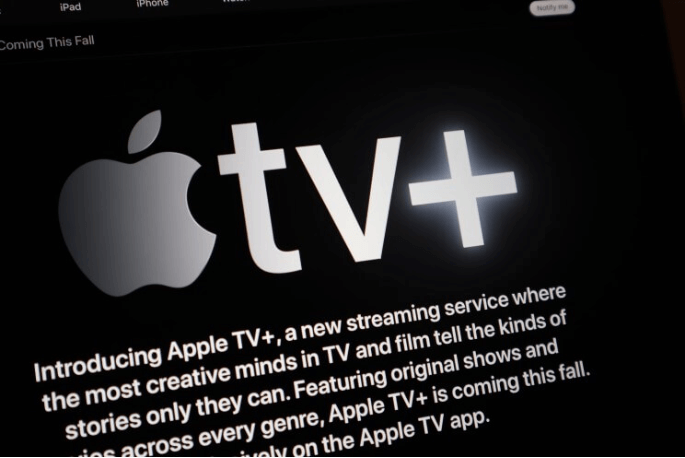 One of the best variations that the new Apple TV model can present is a Siri assistant with greater independence , for example, those that were adapted to the HomePod that allow long-distance commands to be given instead of doing it directly above the command. This would allow for a better audiovisual experience.

Another of the demands of the users is an update of the command control of the Apple TV, although the more the company renews the generations, the more it demonstrates the idea of wanting to do without this element, the users do not agree, for this reason, the model with Few buttons that the latest Apple TV presented did not quite catch on. Yes, the company points out that it does so so that the dependency on the control is as little as possible and its use is also simple, people do not seem to finish adapting to leaving the functions in the hands of Siri, and for that reason, waiting for a control a little more autonomous to make it more practical.

What technical changes will the sixth generation of Apple TV have?

Small revelations could be taken from the intervention that Jon Prosser announced on his Twitter, from where we collect the following:

Yes, a change that was expected even for the current generation, the Apple TV 4k launched in 2017 featured the same 32GB and 64GB models as the previous generation, when everyone expected it to feature even greater capacity. For this reason, it is expected that the company will finally expand this storage capacity, taking it up to 128 or even 256 GB that many of its other devices have. And indeed, Prosser's leak revealed that the model with 128 GB of memory will be launched as part of the new generation of Apple TV. There will also be a 64 GM unveiling , so both models will ship as part of the 6th generation, while the 256 GM model will have to wait a bit longer. Or maybe not?

After the launch of Apple Tv + and its arrival even for Mac computers, the union of both products became more tangible. So you could have a computer with a multimedia center and internet access in any common room in the house. Similarly, any Mac could be paired or connected to Apple TV to enjoy Apple TV+ programming as you would any streaming platform.

The processors of each Apple TV have been changing, or rather, evolving from one generation to another, so, in the fourth we had, for example, the A108 chip processor , in the fifth we saw how the A10X Fusion chip arrived and it is expected that the new model has an A12X chip processor , as found in the iPad Pro. This is information that was also shared with Jon Prosser and that seems to make a lot of sense after the introduction of Apple Arcade.

What is the estimated price for the new Apple TV model?

There are many theories about the price of the new Apple TV, for example, there is the impression that, like the rest of the products launched this year, it will have a cheaper price, perhaps by reducing its dimensions or changing its design, without However, none of this is proven, and to get an idea we will look at the current price. The price of the 32 GB Apple TV HD is in stores around €150, the Apple Tv 4K 32 GB is available for around €200 and the 64 GB Apple TV 4k costs around €220 in stores. By raising the quality of image and sound, the integration of a more autonomous assistant and the recent launch of the Apple TV + platform can raise the cost. This would not be entirely good, the market studies carried out ensure that other TV boxes from competing companies offer high quality equipment and with the same functions for much less, such is the case of Amazon Fire TV Stick and Google Chromecast at 40 euros both. So it would not be unreasonable to assume a price change or the launch of a more affordable model for the public, even more so after the launch of the Apple TV + platform that requires the payment of a monthly subscription. 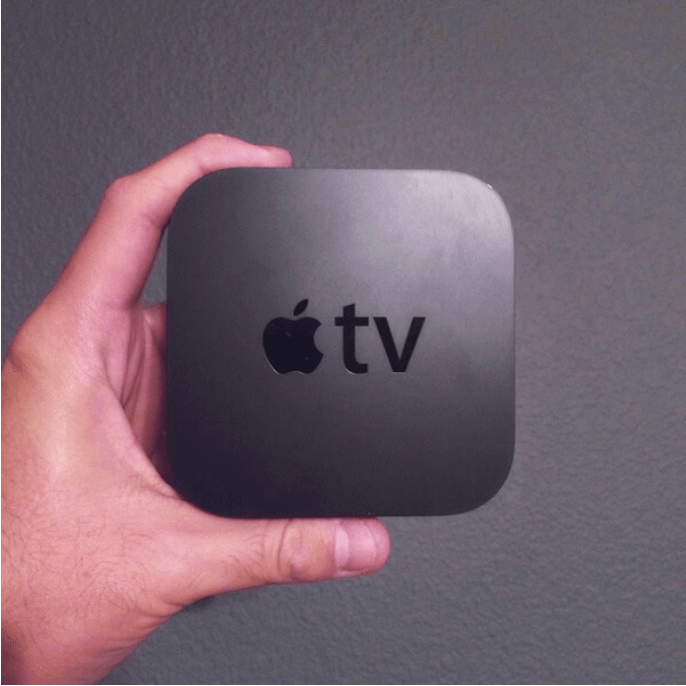 What to keep from Apple TV 4K?

There are certain things that undoubtedly must be rescued and defended by the current Apple TV 4k for its next generation, we are talking about its image, of excellent quality and its sound. Both elements make the experience of enjoying a movie or any video unique. Thanks to its 4K format , it has a greater number of pixels than an HD screen, so the conventional color increases, the image becomes sharper , also thanks to the dynamic range or HDR quality , the tones are much more intense, the details more accurate and it is like if you lived the live experience. Likewise, the sound, clear and clean, like theater speakers or maybe much better, why is that? The 4k version of Apple TV included an audio system called Dolby Atmos , which offers real, amplified, three- dimensional sounds that will arouse many sensations and sharpen your senses. So if you are in an old western movie you will really feel fear and you will even hear the dust roll, if you are hearing the rain you will have to confirm that it is not a barrage that you have right above you, because the dullness of the sounds is as real as if you were witnessing it.

The expectations are very high and the desire to meet the new member of the Apple family increases them, without a doubt this new generation of Apple TV claims to be much more innovative and great than all its predecessors, and although it is a team of which no one had complaints When it comes to function or quality, we already want to know what's new. Soon we will surely be able to get to know the new model or at least we can wait for it for the first months of the year 2021 and start the line of products renewed by Apple on the right foot.