The iPhone that has no competition! The iPhone 12 mini is the smallest smartphone on the market, and this could only be achieved by Apple; a high-end device with exceptional performance.

The name i Phone 12 mini is just because of its size as it is a great smartphone with dual main camera and efficient A14 Bionic chip to give you great battery life.

The iPhone 12 mini is the thinnest , lightest and smallest 5G mobile on the market . It is also the iPhone 12 that hit the pocket the least, and that brings with it several of the advantages of the new generations of high-end mobiles.

OLED screen smartphone with the smallest caliber on the planet, although its mini last name is deceiving: its 5.4-inch screen is more than enough to enjoy multimedia content.

On behalf of Shopdutyfree.es we present you this wonderful smart phone, worthy of a brand like Apple, which despite its modest size is closer to a latest generation and high-end phone than anything else.

iPhone 12 mini features a 5.4 - inch bezel-less Super Retina XDR display. It's smaller, thinner, and even lighter than the iPhone 12. Its rounded design gives it the ability to be sleek and curved, and look very modern.

The OLED screen in contrast to the LCD allows the pixels to be more autonomous, so anything we want to reproduce or just display on this screen is much better . 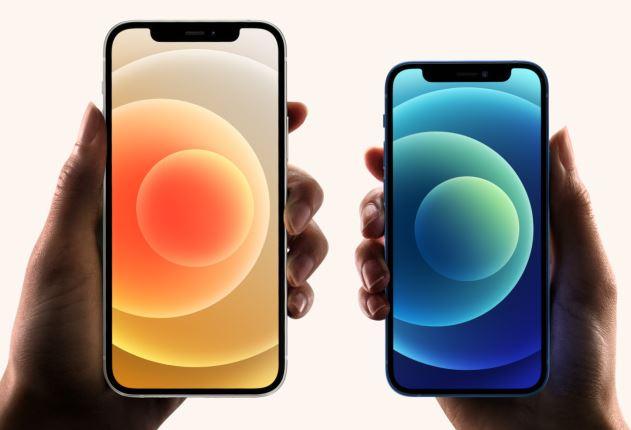 Similar to the iPhone 12, the iPhone 12 Mini is surrounded by an aluminum frame, and its screen has been enhanced with a new technology called Ceramic Shield that includes an alloy of glass and ceramic on the screen, making it more robust. Which makes it 4 times more resistant to falls.

The design, in general terms, the iPhone 12 is one of the best in Apple's history, only below its brothers in the same line of the two iPhone 12 Pro. And the 'Mini' size suits it wonderfully.

Despite its appearance, its size, how light it is and everything that you see at first glance it is a real machine, it is like a very high-tech toy.

The iPhone 12 mini is available in blue, green, red white and black colors. Its level of protection is IP68 , the highest against water and dust.

Is it compatible with the 5G network?

One of the most controversial problems about the iPhone 12 is its compatibility with 5G networks.

In the United States, the iPhone 12 can achieve download speeds of up to 4 GB and near-zero latency, a boon for playing online games or enjoying higher-quality streaming services.

In the near future, 5G will be so powerful that it will give us a level of experience similar to the average home Wi-Fi. Right now, the most used with 5G are streaming services, music and series. With the iPhone 12 Mini everything can be charged at a very high speed, you may not even have time to turn your head.

The iPhone 12 Mini is not only compact because of its screen. It measures 13 centimeters long, 6.4 wide and is very thin (only 7 millimeters high). And as if that were not enough, it weighs only 133 grams , close to half that of the iPhone 12 Pro Max (228 grams). That is to say, it is exaggeratedly light, as strange as it sounds; so much so that it hardly bothers in the pocket.

The display really changes little to nothing when it comes to its older siblings.

In iPhone 12 mini you have no problem with this, although they are forced to be in a smaller space, the software of this device does not allow elements to blur so much as to obscure the view.

It is perhaps not the most recommended model if you are one of those people who usually read electronic books, but it is perfect for day to day where if you do not need to consult a lot of detail on the screen, if you do not read news or do some non-meticulous work, I can guarantee you that the iPhone 12 mini will meet all your expectations.

The great advantage of the iPhone 12 Mini over the other iPhone 12?

Without a doubt, its biggest 'pro' or advantage is that it is a tremendously manageable mobile . With one hand it can be used perfectly, since only the thumb is enough to reach any corner of the screen, either to open the application or configuration, its handling is more than reliable.

So using it while doing any other more than easy activity is something you could get used to if you give yourself enough time.

It could be the smallest and cheapest of its iPhone 12 lineup, but this mobile device has nothing to envy anyone. Integrates a rechargeable lithium ion battery.

The operating system that accompanies the iPhone 12 mini is iOS 14, the most personal and secure in the world, according to the brand, it includes the "advanced skills" function such as accessibility, which supports people with motor or functional problems, support integrated for motor skills, learning, vision and hearing.

To power all the features of the iPhone 12, Apple gives it the A14 Bionic chip, which is easily classifiable as one of the fastest chips that can be found in a Smartphone. It is capable of processing billions of operations due to its Neutral Engine, which gives the mobile device extra quality and speed.

As for the photographic system, the iPhone 12 mini is not far behind. Apple has managed to adapt all the characteristics that define the iPhone 12 to a smaller size. For example, the cameras are pretty much the same, so photos and video are exactly the same quality as the iPhone 12.

The iPhone 12 Mini comes with two rear cameras and one front. One of the rear sensors is a wide angle camera and the other an ultra wide angle one . The mobile device comes with wide-angle (26mm) wider aperture ƒ/1.6 (iPhone 11 Pro was ƒ/1.8), it can capture 27% more light than other similar devices.

The Ultra Wide Angle Camera gives you a 120 degree field of view. The front camera is a bit different and now comes with a 12-megapixel sensor.

The three cameras of the iPhone 12 Mini (both the two rear and the front) have a night mode, this system is illuminated by advanced software in low light conditions.

This system, which was first part of the iPhone 11 Pro, has been steadily improving. If before the images looked yellowish, on the iPhone 12 the effect has improved a lot, and it shows.

Although neither the iPhone 12 nor the iPhone 12 Mini have a telephoto sensor, both mobile devices are capable of taking photos in portrait mode, by blurring the background and highlighting the figure in the foreground; and these can achieve it both in the front camera and with the rear ones.

Incidentally, the three cameras of the iPhone 12 have Smart HD R3 and Deep Fusion technology.

It is an image processor that makes the iPhone 12 focus and process the same scene in tenths of a second, the mobile takes several images, joins them and offers the best result.

It is an automatic system and is activated in low to medium lighting situations, to improve the overall quality of the images.

Smart HDR 3 is capable of interpreting the scene we are trying to capture digitally to improve various details of the image . The HDR 3 system in iPhone 12 Mini automatically learns like a child, improving realism and enhancing the beauty of photos. 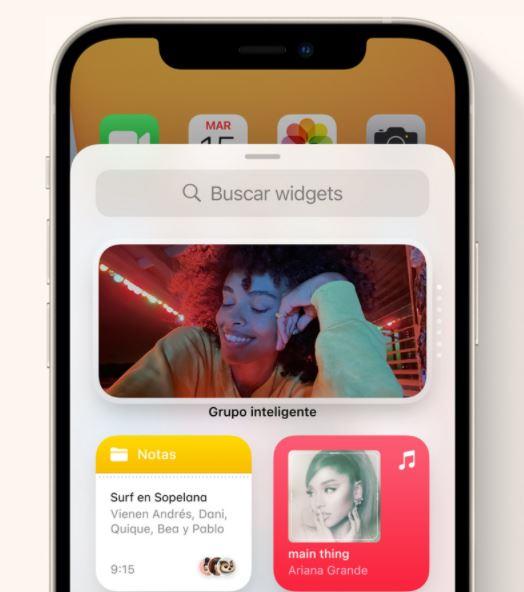 The user does not have to do anything, by taking the picture, the software will take care of the rest of the details regarding it, say light, shadow, texture, contrast; among others.

Apple has made the mobile device compatible with the requirements of the Dolby Vision standard, which has the ability to greatly enhance the colors of the recordings. The mobile not only records in Dolby Vision in 4K resolution , but is also capable of playing it.

It is important to note that Dolby Vision is generally present on 4K or 8K screens, so sharing a video recorded in this way with the iPhone 12 on an unsupported screen will not reveal its great beauty .

Among other things, the iPhone 12 detects which screen the videos are sent to, so it will automatically convert them so they look their best.

However, this does not happen on social networks like Instagram, which excessively compress videos, so there is a significant loss of quality.

In the same way as with photos, the iPhone 12 video also has many improvements in low light conditions. If a video is recorded indoors, the results will be much sharper.

On the other hand, if we go outside where there is sunlight, the mobile will adapt automatically and the characteristic brightness of outdoor recordings will not be seen.

The sound is able to move in the environment, in three-dimensional spaces, mainly due to the spatial audio that Dolby Atmos offers and that the iPhone 12 mini has.

The iPhone 12 has two front speakers, while its mini version has a center speaker and a lower right speaker. Both, however, feature dual microphones for noise reduction and Dolby Atmos technology, and support an Audio Zoom feature that can be used while recording videos.

When it comes to playback, the iPhone 12 mini has "good pitch performance" and, like most other recent models, "spatial performance" is also strong, with great balance and good distance perception.

The iPhone 12 mini , with its dimensions, has a smaller battery. This means that despite the high energy efficiency of the components and the iOS operating system, shorter battery life is inevitable.

In a normal day with normal use the battery will easily last all day , but if you start to demand a little (for example, using Google Maps frequently, playing video games or streaming a movie), you may have to go to a connector before finishing the day. AND

This is not to say that it is a horrible battery, just that it leaves something to be desired.

Where to buy an iPhone 12 mini at the best price?

iPhone 12 Mini is just as powerful as iPhone 12, but smaller. It is a high-end mobile device , very powerful and very accurate.

For many people, their screen will be more than enough to enjoy social networks, movies, series, videos and video games, since it is not perceived as a small display. Its water resistance up to 6 meters deep for 30 minutes, same cameras.

Even a recording in Dolby Vision is capable of measuring up to 30 fps (as in the iPhone 12).

So it's literally an iPhone 12, but smaller, it just doesn't compromise on any of its powerful features. The fact that it supports 5G makes it an excellent investment for the near future. You will not regret it and you will have a perfect mobile device for what you want to do at the time you want to do it.

As expected from shopdutyfree.es where we offer you the best products with a value for money so ridiculous that it seems unreal, only yes, they are real and are part of our main services.